Raising China’s awareness of Europe as a travel destination

Within the framework of the 2018 EU-China Tourism Year, ETC set up and managed a new scheme – known as the Joint Promotion Platform (JPP) – for co-investing in the most creative and thematic transnational promotional campaigns conceived by consortia of public and private partners. ETC published two calls for proposals which resulted in eight promotional campaigns targeting the Chinese market and receiving support of EUR 1.1 million from the JPP. This amount was matched by the consortia partners which overall involved 28 public and private organisations from 17 European countries. 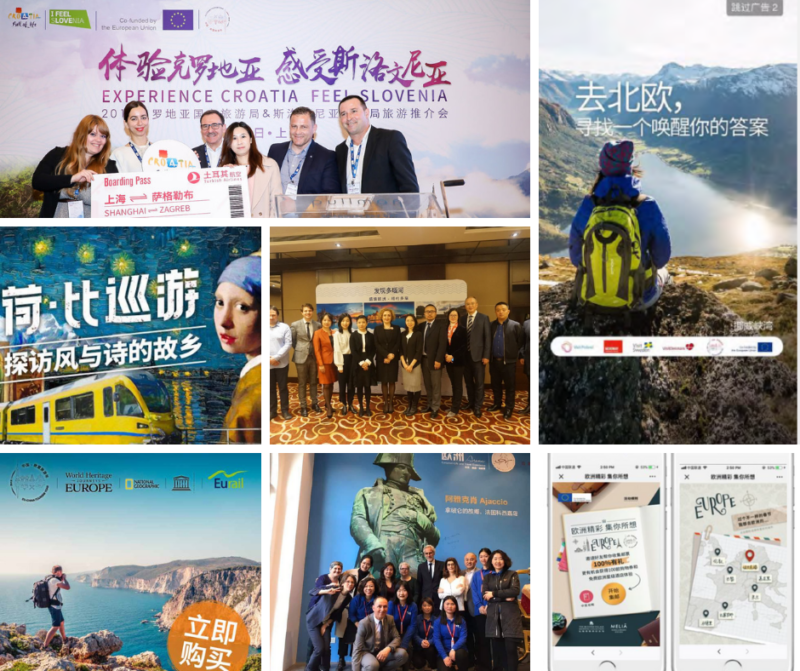 Partners: National Geographic, Travelport, Eurail, with the support of UNESCO

The project ‘European World Heritage Journeys with Eurail’ had as a general objective to promote thematic and geographical World Heritage Journeys in Europe, using the Eurail Pass. Additionally, the project aimed at engaging the target group of Chinese travellers in experiential, cultural travel, including lesser-known heritage sites and destinations in Europe, away from well-travelled hot-spots. Other objectives of the project included the promotion of sustainable travel through its rail network as well as driving visitors to stay longer in Europe and discover more of its World Heritage Sites. The activities included among others programmatic media buy, as well as Key Opinion Leader (KOL) and trade activation.

Thanks to the successful implementation of the campaign, Europe managed to attract more Chinese travellers off season and to off the beaten track destinations in 2018/2019. The campaign reached an audience of nearly 64 million Chinese travellers that were targeted through the various activities in this project. The effectiveness of this campaign is furthermore illustrated in the number of people reached through the KOL activity reaching more than 65 million Chinese customers and gaining more than 14 million reads. Additionally, an interactive H5 game was developed, featuring popular UNESCO itineraries. The promotion of the game reached 200 000 targeted Chinese customers.

Following the slogan – ‘Think Europe, Think diversity, Think Danube’ – the promotional campaign presented the Danube as an exciting waterway connecting ten European countries and four capitals, covering rich cultural heritage (more than forty UNESCO heritage sites), natural attractions, cities and gastronomic varieties. The general objectives of the project were to present the Danube as European transnational destination to tourists from China, build the awareness/profile of the Destination Danube in the Chinese market, increase awareness of the Destination Danube as a “must have” multi-country experience in Europe, assist and encourage the trade who are already selling Europe products to expand their product to, and knowledge of, the Destination Danube through joint promotion, trade fam trips and workshops.

As a result of the campaign at least 300 travel trade representatives (face-to-face) and 2,000 (on-line) were introduced to the Danube offer, at least 20 existing and new offers from the Destination Danube were included in the tour operators’ programmes, more than 100 media articles about the Danube and its offers were published as result of engagement with media representatives (online and offline), and over 100 contacts were established between travel trade representatives from China and the Europe/Danube region. Additionally, at least 20 million potential tourists were introduced to the Destination Danube through OTA and other online campaigns on Ctrip and Sina Weibo.

The main objective of the joint promotional campaign ‘Experience Croatia, Feel Slovenia’  was to raise awareness and increase visibility of the two European countries, by showcasing its diversity, cultural heritage and rich natural beauty to Chinese tour operators (TO) and travel agencies (TA) through various promotional activities. Activities included joint advertorials in luxury and high-end magazines, two live webinars involving an online training programme for Chinese TO/TA and two physical workshops in Shanghai and Beijing. The advertorials jointly reached over 100 million potential readers. In addition, the weibnars saw the attendance of approximately 270 live attendees, whereas over 300 participants gained the ‘Experience Croatia, Feel Slovenia’ Travel Specialist certificate through the online training. Over 200 Chinese TA and media representatives joined the physical workshops. 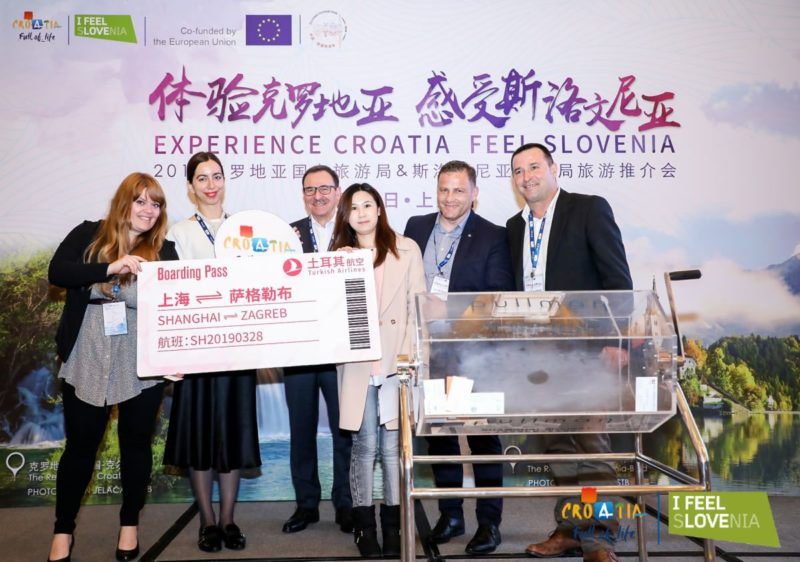 The DNTC campaign’s objectives was to create the desire for the target audience to search for information regarding Nordic destinations and stories, with an emphasis on cultural and authentic experiences. Additionally, the campaign intended to drive the target audience to book a trip to the Nordic countries in shoulder seasons, discovering more than only its capital cities. The campaign also encouraged Chinese users to share their Nordic travel experiences online to influencer fellow community members. The campaign activities involved the use thematic display advertisements through video and newsfeed activities on WeChat, among others. Additional activities were carried out through a partnership with the social media platform Zhihu, using branded content and a dedicated topic page to generate interaction among users. Overall, the campaign reached over 56 million impressions and over 1 million instances of interactions.

Partners: Netherlands Board of Tourism and Conventions, VisitFlanders and Eurail

NBTC together with VisitFlanders and Eurail made a joint campaign to promote trilateral assets targeting high-end consumers, high-level traveling enthusiasts, and western art lovers. The main objectives were to promote the Netherlands and Flanders as friendly and appealing destinations to Chinese tourists; enable valuable networking opportunities for media, partners and the general public to better understand the offers from the three partners. Additionally, the campaign also focused on strengthening the understanding of the culture, heritage and artistic assets of Flanders and the Netherlands. Last but not least, through this campaign, the partners also advocated the general public to take Eurail as the most convenient and cost-efficient way for traveling. Activities included a press conference in Beijing launching the ‘Classic Artistic Route of Netherland and Flanders’ followed by an interview session with local press, a KOL fam trip visiting six cities of art and culture in the Netherlands and Flanders by taking the train with a Eurail Pass, an interactive H5 landing page and a photo exhibition of ‘Flemish Dutch Masters’ showcasing the results of the aforementioned activities. The campaign was covered by over 60 media outlets in China, while the KOL fam trip reached nearly 50 million impressions. Nearly 5000 H5 landing page views were counted as well as an equal amount of visitors for the photo exhibition. 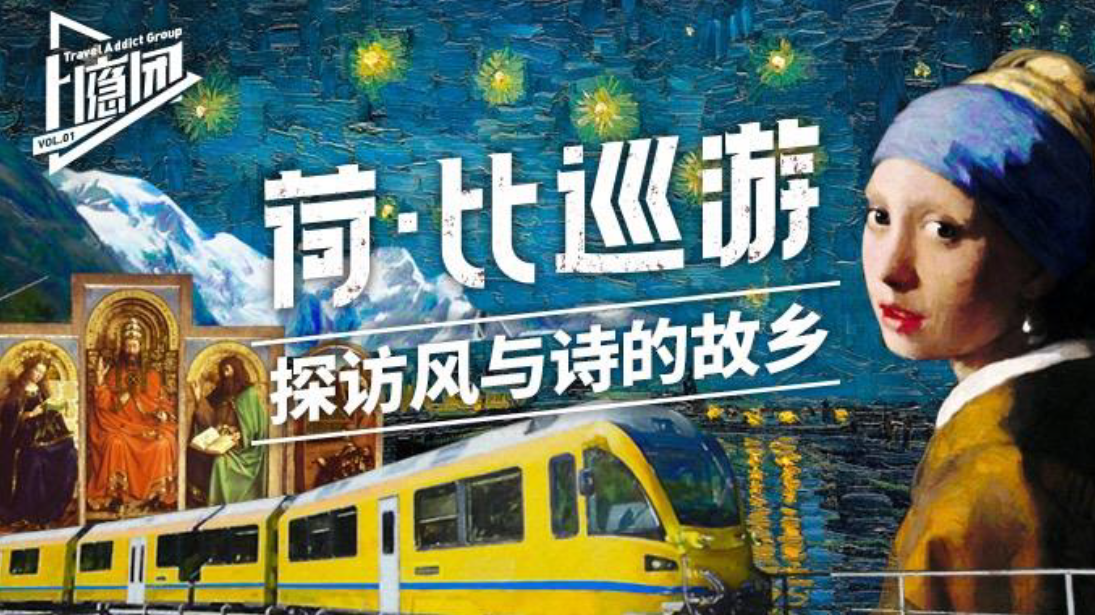