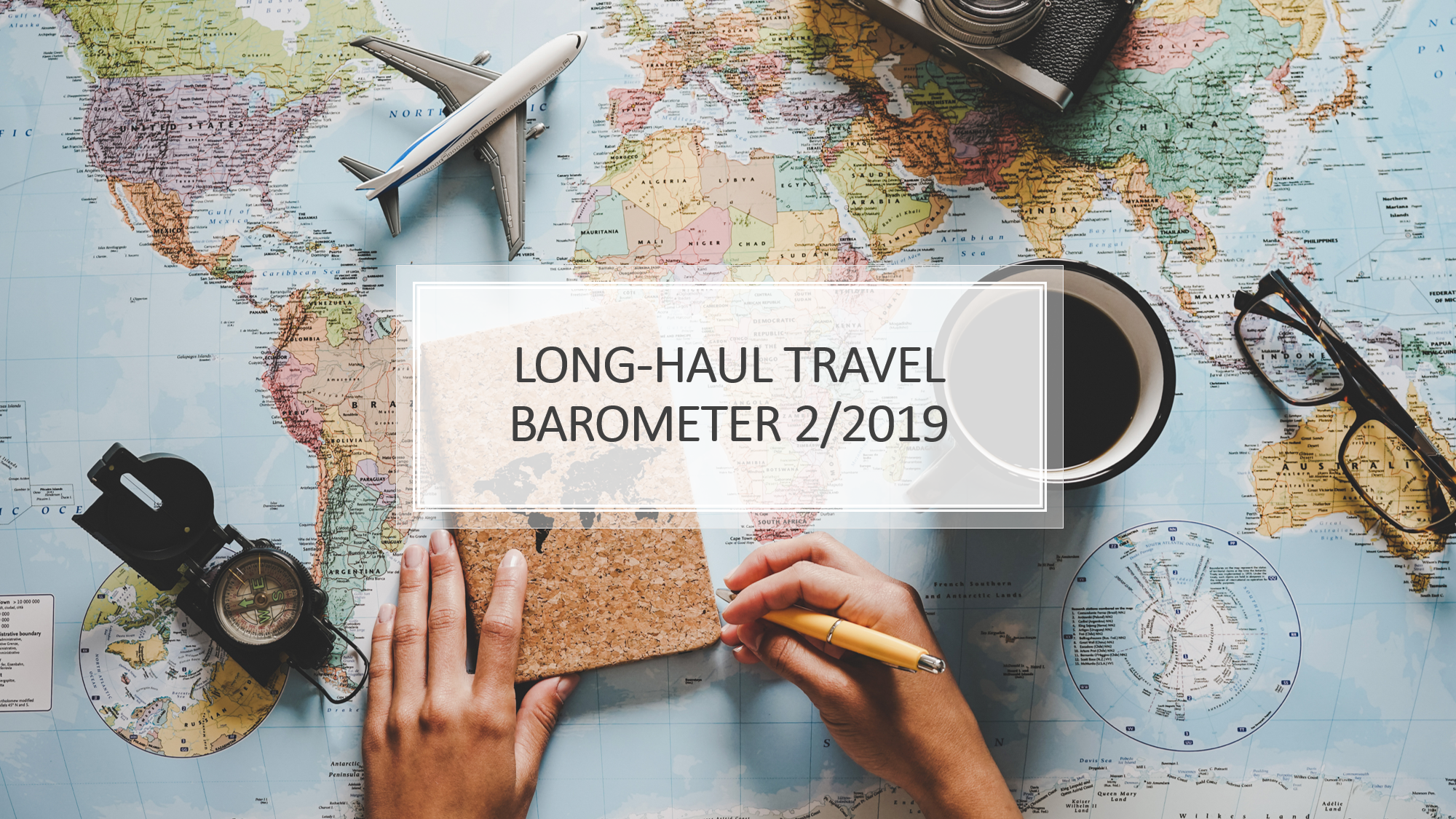 Despite global slowdown concerns and political tension between leading economies, travel sentiment towards Europe proves upbeat for the summer period in both China and Brazil. According to the latest results of the Long-Haul Travel Barometer, the travel sentiment index[1] in both markets improved by four points over the same period last year. The Barometer, a joint initiative of the European Travel Commission (ETC), the European Tourism Association (ETOA) and Eurail, measured the intention of 1,000 people from Brazil, China, Japan, Russia and the US to travel to Europe between May-August 2019.

More than 1 in 2 (54%) Chinese respondents indicated that they have a European destination in mind for the summer period. This reflects well on the 2018 EU-China Tourism Year, the success of which continues to be felt, the increasing affluence of Chinese citizens, improved air connectivity and visa relaxation policies introduced in some European countries. Digging deeper into the survey results, 70% of Chinese travellers have indicated that they will stay in Europe between 7 and 14 nights and are likely to combine an average of four destinations in a single trip. Interestingly, while France and Germany top the list for European destinations, several countries have significantly grown in popularity over the past 12 months amongst potential Chinese travellers. These are Croatia, Italy, Hungary, Monaco, Romania, San Marino and Serbia.

In Brazil, intention to travel improves in the summer months, with 2 in 5 (39%) respondents having a European destination in mind. The optimism brought by government change and monetary policy capping interest rates bode well for people’s travel sentiment, yet it remains to be seen whether this will translate into actual behaviour as economic trends remain negative. The attraction of local food, sightseeing and the natural landscapes in Europe are among the main factors appealing to Brazilian visitors this summer, with Portugal and France being the top two destinations identified.

While Russian sentiment to travel to Europe was sluggish at the start of 2019, results for the summer months point to a revitalised interest for European destinations, with Germany at the top of the wish-list. However, the constant fluctuation in the rouble exchange rate, a hike in value-added taxes, surging inflation and a stagnant labour market might drag actual travel behaviour down. The majority (70%) of Russian respondents eager to visit Europe between May-August plan to spend between 7 and 14 nights in the region.

US travel sentiment declines in the wake of economic headwinds

Fading fiscal stimulus and trade uncertainty have dwindled consumer confidence putting pressure on Americans’ travel plans to Europe this summer, with US sentiment index declining from 103 index points at the beginning of the year to 96 for the summer months. Just 27% of US respondents plan to visit Europe between May-August 2019, however, given the current strength of the US dollar against both UK sterling and the euro, Europe is likely to be a favourable choice for US tourists still considering their summer vacation plans. France and Italy are top of the destination list for US visitors, with sightseeing being the most popular experience by far.

The global slowdown weakens Japan’s stressed economy in Q1 2019, weighing on consumers’ confidence and households spending. Just 18% of respondents are planning to visit Europe between May-August 2019, following a mixed demand from the Japanese travel market in 2018 and early 2019. Of all surveyed respondents, Japanese tourists are most likely to stay in Europe for the shortest period, with 52% of respondents planning to stay for less than seven days.

We have summarised the key results in a brief infographic that you can download here: Long-Haul Travel Barometer 2/2019.