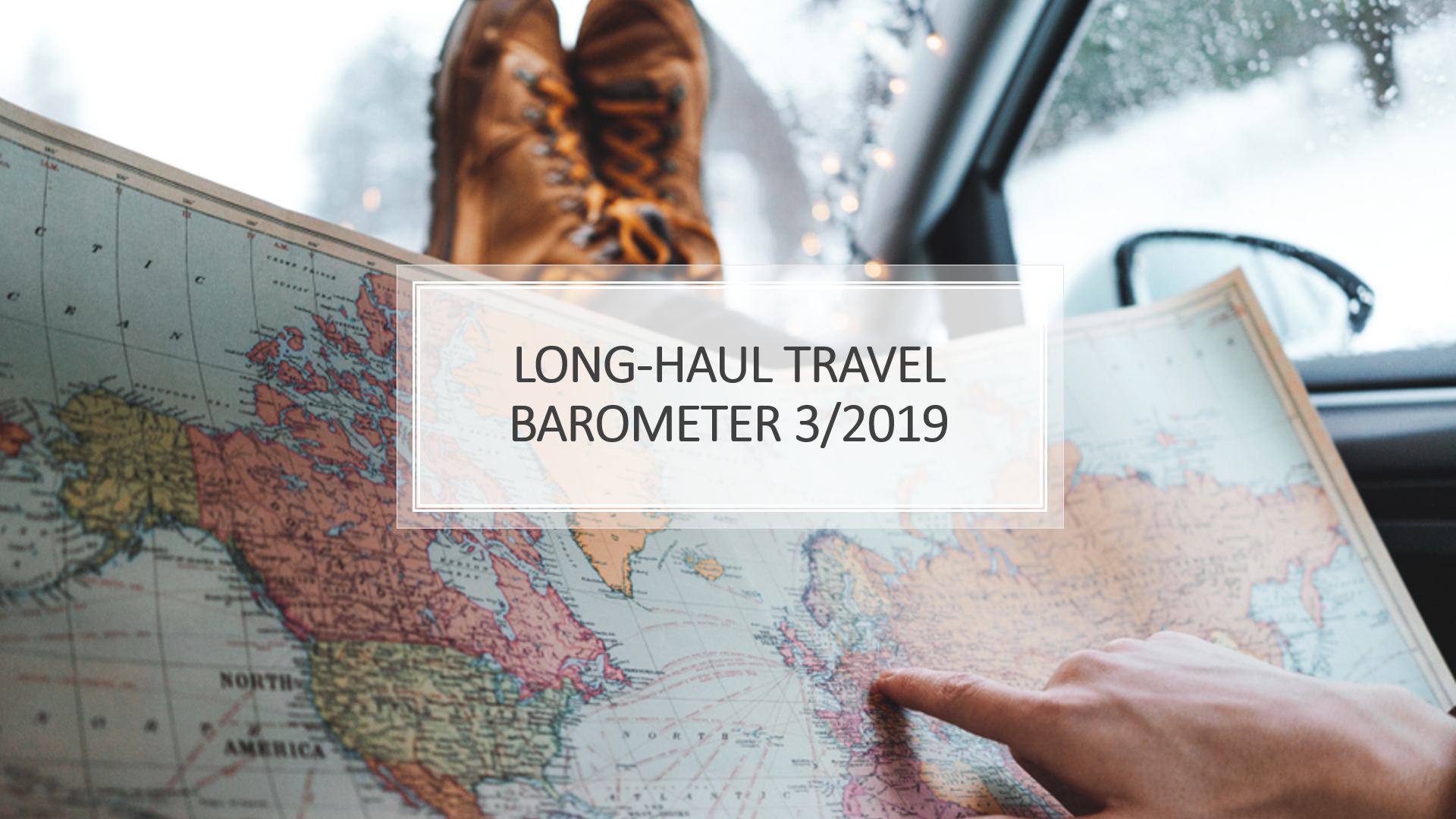 Despite prolonged trade tensions and a weakening global economy, travellers from Brazil, China, India and Russia are positive about visiting Europe before the end of 2019

The European Travel Commission, the European Tourism Association (ETOA) and Eurail B.V. published the results of the Long-Haul Travel Barometer (LHTB) for September – December 2019. Findings indicate that Europe is gaining increased attention as a tourism destination from overseas markets for the rest of 2019. The data collected highlights the continued popularity of European destinations among Brazilian, Chinese, Indian and Russian travellers. Despite US travel sentiment index[1] being lower (98) than previous levels, a third of respondents still plan on visiting Europe during the analysed period. The results also show that high travel costs and lack of time are likely to hamper the travel plans of Japanese tourists in the coming months.

Brazilian travel sentiment is on the rise

Brazilian confidence for long-haul travel is increasing towards the end of 2019, owing to accelerated economic growth in Q3, lower interest rates and faster-than-expected passing of reforms. Four out of five Brazilians planning overseas trips between September-December intend to visit a European destination with Portugal, France, Italy, Spain and Germany topping the list. Respondents indicated that Europe’s old churches, castles and other places of cultural significance, along with the gastronomic experiences, are the main reasons to visit the region in the coming months. For the majority of respondents (57%), the autumn/winter holidays will last approximately one to two weeks.

Russian demand for international travel on the upswing

Growing travel demand is expected from Russia in the coming months backed by a rising travel sentiment index which has reached its highest level so far, with a score of 115. It is a positive trend to see Russian sentiment increase to these levels, particularly considering the political headwinds and tax increases which are expected soon. Russians will look for a good deal when selecting a European destination for the autumn/winter season. So far, Italy, Germany, Turkey and the Czech Republic are the top choices. Although destination activities will mainly revolve around cultural and historical themes, Russians will also look for experiences that will allow them to immerse into the destination’s life, culture and engage with the local people.

In China, the sentiment index for travel to Europe reached its highest value (102) for the period September – December since 2015. Increasing disposable incomes, improved air connectivity and visa relaxation policies, coupled with major holidays such as the China Golden week (October 2019) have all contributed to this positive result. The most attractive destinations for Chinese remain France, Germany and Italy. However, the popularity of Austria, Belgium, Ireland and Hungary has risen significantly compared to the same period last year. When it comes to experiences, tasting local food, culinary and wine tours, hiking in the mountains and spending time in the great outdoors are becoming some of the main reasons for many Chinese to travel to Europe. Once at the destination, the Chinese would also look for activities related to creative arts such as film or literature festivals, photography workshops, etc.

The number of Indians taking to foreign shores for holidays has been increasing continuously over the past years owing to a growing young population, rising disposable incomes and improved air connectivity to other world regions. According to the first wave results, 70% of Indian respondents expressed a positive intention to travel to Europe between September – December 2019, with those aged 35 – 49 years being the most eager. Europe’s natural landscapes, historical sites and cultural events are considered the main reasons to visit the region this fall/winter. Western European countries – France, Germany, Austria, Switzerland and the UK are on the top of the destinations list.

Safety is the top priority for long-haul travellers

While overseas travellers often associate Europe with its rich history, the variety of cultures, traditions and its beautiful natural scenery, it is the perception of safety of European countries that mostly impacts travellers’ choice of a place to visit. According to the results, safety is the most important factor for the selection of a holiday destination (50%), followed by world-renowned sites (35%) and a convenient transportation network (35%) within the destination. Interestingly, the perceived crowding is considered a key factor for only 16% of all respondents. The only market which considered this aspect as significantly more important was India. This result could be attributed to Indians’ main motivation to visit Europe in the next months, which is to enjoy natural sceneries instead of only visiting the busy spots and be disturbed by crowds. Europe’s historical sites and monuments, museums and cultural events were considered the main reason to visit the region by respondents from Russia, Brazil, China, US and Japan who all ranked the importance of overcrowding low.

[1] Intention to travel is measured in an index that reflects the dominant sentiment expressed by a market, either a positive or negative one. The index is tied to a base of 100. Values above 100 indicate a positive evolution, whereas values below 100 indicate negative attitudes towards travel in a given time period.