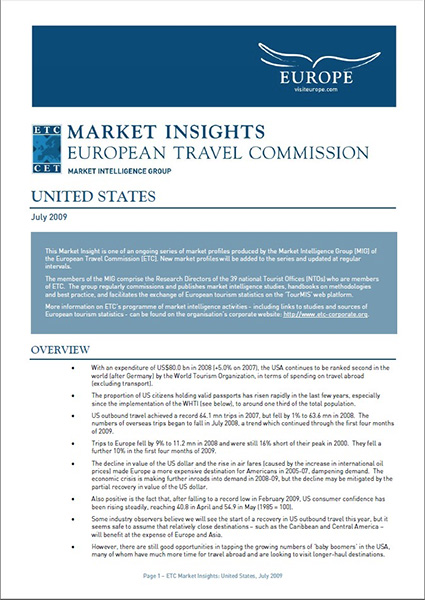 With an expenditure of US$80.0 bn in 2008 (+5.0% on 2007), the USA continues to be ranked second in the world (after Germany) by the World Tourism Organization, in terms of spending on travel abroad (excluding transport).

The proportion of US citizens holding valid passports has risen rapidly in the last few years, especially since the implementation of the WHTI, to around one third of the total population.

Some industry observers believe we will see the start of a recovery in US outbound travel this year, but it seems safe to assume that relatively close destinations – such as the Caribbean and Central America – will benefit at the expense of Europe and Asia.

However, there are still good opportunities in tapping the growing numbers of ‘baby boomers’ in the USA, many of whom have much more time for travel abroad and are looking to visit longer-haul destinations.