SUSTAINED GROWTH IN EUROPEAN TOURISM TOWARDS THE SUMMER PEAK SEASON

Brussels, 13th July 2016. European tourism is proving resilient to challenging times. A vast majority of destinations saw a bumper increase in arrivals in the first five months of the year, with 1 in 2 recording double-digit growth.

According to the latest European Travel Commission’s “European Tourism 2016 – Trends & Prospects”, top performing destinations are Iceland (+35%), Slovakia (+24%) and Cyprus (+21%). High growth is also reported in Ireland (+17%) and Romania (+16%), while traditional Mediterranean destinations such as Portugal (+14%) and Spain (+13%) are hitting records outside peak seasons. This positive momentum is mainly driven by improving economic conditions, the unrelenting efforts of destinations to increase the number of off-season visitors, and the continued interest for European tourism products from large intraregional and overseas markets. Moreover, Russian demand has shifted as 13 out of 27 reporting destinations saw a sizable rebound from the falls experienced in the same period last year, particularly Cyprus (+53%) and Malta (+28%). On the flip side, Turkey records a 16% decline in foreign arrivals attributable to persistent safety concerns. Recent attacks in Atatürk, the country’s busiest airport, are expected to impact on Turkey’s tourism industry further in the near future.

Walking under clouds of uncertainty

Outbound flows from the UK – one Europe’s largest source markets – have contributed significantly to the performance of European tourism in the past decades. The Brexit inevitably sparks tourism fears concerning air fares and the future of border travel. The weaker pound immediately made outbound trips for Britons more expensive, however, it remains to be seen how the Brexit will impact tourism flows across Europe and whether main destinations for this market will feel the pinch in the short-term. Conversely, Europe has now become even more appealing for US citizens with a weaker pound and euro against the dollar.

Tourism leaders are called to work collaboratively to support the tourism industry in challenging times and encourage safe travel to Europe to foster the myriad of offerings yet to be discovered. 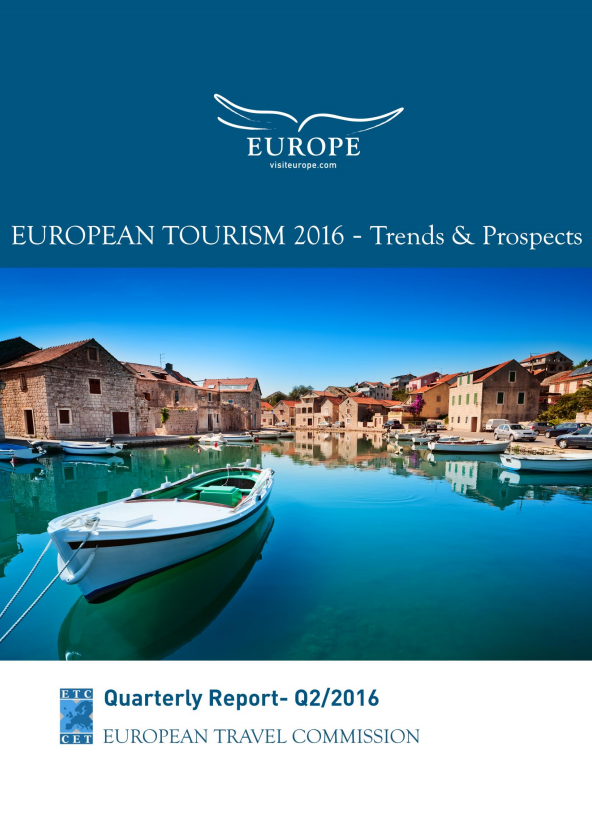