Data for the pre-summer period confirm handsome growth for European tourism in 2014 and there is growing optimism that the upcoming peak-summer season will consolidate preliminary positive expectations. As competition in the global tourism market heats up, European destinations can win a new edge by challenging traditionally-held perceptions by travellers in distant markets.

The European Travel Commission’s (ETC) latest report “European Tourism 2014 – Trends & Prospects” points to persisting demand for European destinations from both intraregional and overseas markets. The vast majority of ETC member countries reporting international tourism data through March-June show continued growth into 2014. Overnights persistently grow at a more moderate pace than arrivals, as demand for shorter breaks outside the main holiday season recovers. Notable exceptions are Spain (+9% in arrivals and +12% in overnights) and Germany (+4% and +5% respectively). Iceland (+31%) leads the way among the fastest growing Nordic countries in terms of international arrivals, followed by Lithuania and Latvia (both +17%) in the Baltics and Serbia (+15%) in the Balkans. The unrelenting demand for European tourism consolidates the upward trend started after the global economic and financial crisis.

Optimistic signs from Europe’s largest source markets
Established source markets from Western and Northern Europe are making a steady contribution to international tourism growth in both large and emerging destinations. Favourable signs come from Italy, where rising optimism for an eventual economic recovery appears to have encouraged an increasing number of Italians to travel abroad during the first three months of 2014. Similar dynamics can be observed in the French market, despite a persistently stagnating economy.

Travel from Russia remains strong, but demand is expected to soften towards the end of the year reflecting a worsened confidence of Russian consumers about their future economic situation. At present, a large number of ETC destinations report solid growth from this market. This is exemplified by Lithuania, with Russian visitors growing thanks to an effective mix of marketing, visa facilitation in remote areas and improved air connections, and by Estonia, increasingly popular for short breaks among the Russians.

An even more positive picture is emerging for travel from long-haul markets. Solid growth in the US economy, coupled with improved unemployment figures, brightens the outlook for 2014. In this market, Europe continues to consolidate its long-dominant share of overseas travellers, currently at just above 40%. Unexpected growth came from Japan, in line with positive signals from its economy.

Challenging traditionally-held perceptions is the key to success
International tourism is growing healthily worldwide, and destinations in Europe proved successful in tapping the sector’s potential. Yet, destinations competing with Europe are also increasingly investing to win shares in the global tourism market. “In an increasingly vibrant landscape, marked by new players, technological innovation and rapidly changing consumers, the need arises for European destinations to challenge the traditionally-held perceptions of Europe” said Eduardo Santander, Executive Director of ETC. “In key long-haul markets, where the largest potential for growth is, the match is won by those who can truly inspire, excite and engage potential travellers to experience their destination”. 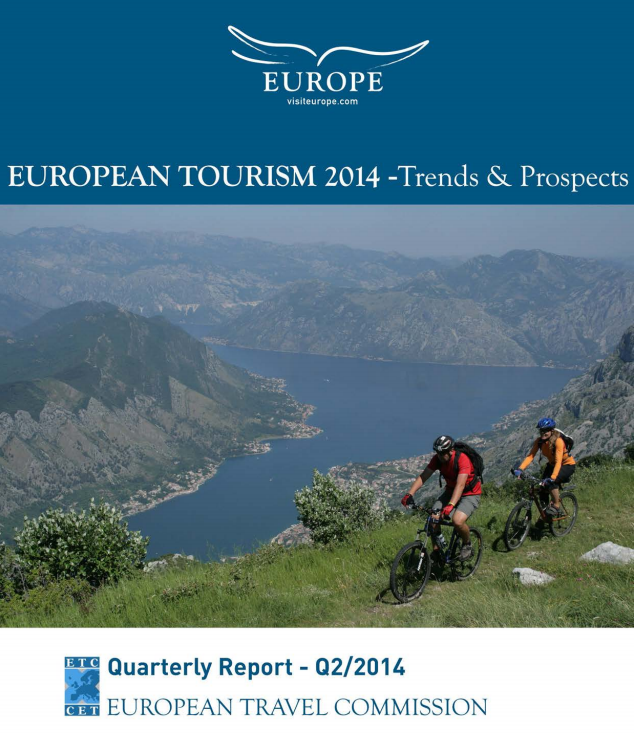