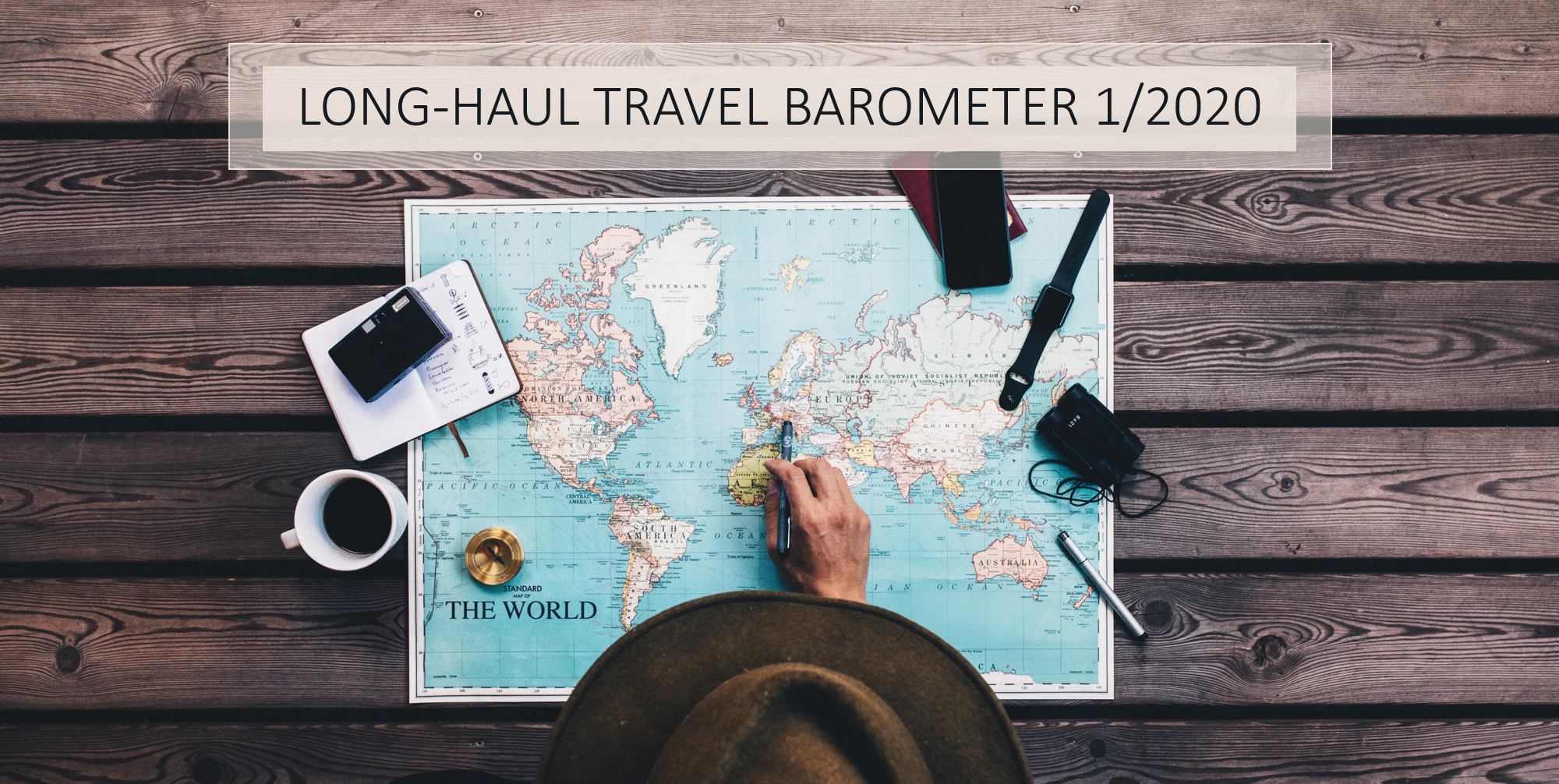 The European Travel Commission (ETC), the European Tourism Association (ETOA), Eurail B.V. and the European Commission, have today released the latest Long-Haul Travel Barometer (LHTB), which indicates that the sentiment for travel to Europe between January-April 2020 is positive in six key overseas markets – Brazil, China, India, Japan, Russia and the US. The barometer provides the European tourism sector with early indications of the travel interest in these markets and sheds light on potential travellers’ preferences, motivations and barriers related to holidays in Europe in the short-term. Insights are based on data collected in December 2019.

What do travellers want from their January – April trip to Europe?

Europe’s vastly rich history, gastronomic culture and natural scenery are sparking the travel interest of many Brazilians who plan to visit Europe this year. Roughly a third of Brazilian respondents (34%) say they estimate to spend more than €200 per day on these activities, while about a quarter estimate to spend between €100-200 or €50-100. Half of the Brazilians intend to spend between 7 to 14 nights in Europe, and prefer to visit less countries, an average of 2.3 countries. Portugal remains high on the destination priority list with 44% of respondents intending to visit the country.

As for travellers from the US, respondents indicated that France (36%), Italy (30%), Germany (19%), the UK (18%) and Spain (15%) make up their top five destinations of choice to experience Europe’s history, culture and natural scenery. Most Americans intend to spend up to two weeks in Europe with 63% of travellers planning to explore an average of 2.4 countries. In terms of expenditure, 62% anticipate that they will spend between €50-€200 per day.

Russian respondents show a growing interest in getting immersed in a destination’s local lifestyle, favouring “slow” adventure experiences that will allow them to explore remote places in Europe. According to respondents, the vast majority (70%) of Russian trips to Europe in the next four months are likely to last between 7 to 14 days and include visits to 2 European countries. The anticipated daily budget varies, with 32% of respondents intending to spend between €50-100 per day, 27% expecting to spend more than €200 per day, and 21% planning to spend between €100-200 per day.

This winter/spring season, Indian travellers are planning to head to destinations famous for nature and winter sports activities. Based on these interests, Austria (40%), Germany (33%), France (32%), Italy (20%) and Switzerland (16%) top their destination wish list. Another strong motivation to visit Europe is the possibility to undertake a multi-country trip. Over the next four months, most Indian respondents (67%) plan to spend up to 2 weeks in Europe and visit an average of 3 countries. Nearly half of the respondents (47%) intend to spend between €100-200 per day, including accommodation, dining and leisure activities.

Famous for their own unique cuisine, it is no surprise that Japanese tourists have indicated their interest in European culinary experiences. The cultural and historical heritage, natural landscapes and city life are also among Europe’s best assets in the eyes of travellers from Japan. About half (48%) of the respondents who intend to visit Europe in the next four months, plan to stay for up to 14 nights, while 43% expect to stay less than 7 nights. On average, Japanese tourists are considering visiting 2 European destinations during their trip. As to their daily budget, 39% foresee spending between €100-200, 28% €50-100, and 21% plan to spend more than €200. The most popular destinations to visit are Germany, Italy, Austria and the UK.

[2]  Intention to travel is measured in an index that reflects the dominant sentiment expressed by a market, either a positive or negative one. The index is tied to a base of 100. Values above 100 indicate a positive evolution, whereas values below 100 indicate negative attitudes towards travel in a given time period.